Sure, cleaning a heat exchanger may restore efficiency to varying degrees, but it’s time-consuming and costly. And fouling begins again as soon as the unit is put back into service; it’s a never-ending cycle.

A Disruption in Heat Exchanger Efficiency 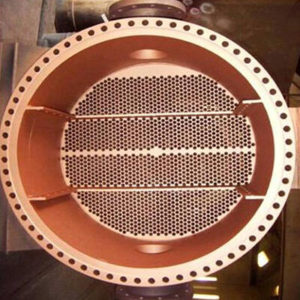 Anyone familiar with heat exchangers knows that fouling is unstoppable. As physical deposits (the foulant) build up inside the exchanger tubes, the efficiency decreases. Fouling impedes heat transfer, reduces flow rates and ultimately impacts the entire process.

Designers account for this efficiency drop by applying generic fouling factors. This traditional approach often leads to a heat exchanger with excess surface area, and in heavy fouling applications, it’s not unusual for units to be oversized by 50% or more.

Plus, there’s another problem – with over-designed heat exchanger tubes the fluid velocity drops, increasing residence time and reducing shear forces that act to mitigate deposition. In other words, in an attempt to “solve” fouling, many operators end up with an expensive, oversized exchanger meant to discourage fouling that can—ironically—make it worse.

Other design factors that influence heat exchange efficiency include:

Many of these considerations are inherent to the process, meaning they can’t be tweaked or adjusted. For instance, the dairy industry works with milk, and that’s just how it is.

Modern Advancements in AntifoulingHowever, there’s an innovative (and rigorously field-tested) technology that mitigates heat exchanger fouling prior to accumulation. It is now possible to target build-up before it evolves into a costly problem for your future operations.

Many of the alternative exchanger designs, CIP systems and countless cleaning solutions

being used with limited success by operators today to combat heavy fouling are well known and haven’t improved in decades; and although some process fluids (such as heavy oils or dairy products) tend to foul heat exchangers more consistently than others, there’s no need to throw in the towel. Frequent cleanings are not the solution; they’re just an expensive stopgap. Research and field testing have uncovered a superior coating that is cost-effective, especially in heavy fouling applications.

In the past, “antifouling” coatings have relied mostly on smooth surfaces to reduce friction and prevent sticky substances from collecting on heat exchanger tubes. These coatings are frequently epoxy-based and can offer anti-corrosion benefits, but they tap out as fouling becomes severe. And most coatings have significant drawbacks including heavy thermal efficiency penalties, short lifetimes and narrow operating windows while still requiring costly regular cleaning.

Recent developments have led to a coating system that leverages the superior material properties of fluoropolymers for heat exchanger tubes. Fluoropolymers repel substances at the molecular level to actively inhibit the accumulation of particles, sludge and oils. This stops foulants from getting a foothold, meaning a coated heat exchanger runs at optimal efficiency from day one, onward.

The result? Dependable production and less downtime for maintenance, with a rapid return on your capital investment.

Preserving the effectiveness of heat exchangers

Fouling eats away at exchanger efficiency—performance is great initially, then goes downhill from there.

The usual strategy for dealing with fouling is to spec an oversized unit and accept the reduced duty and inevitable downtime for cleaning. Operations upstream and downstream abhor the additional downtime and buying a larger-than-necessary heat exchanger drives up capital costs and fills a larger footprint—harsh facts for tight budgets and even tighter space requirements.

A more practical solution is to prevent fouling before it happens.

Ultimately, heat exchangers are there to support a process, so switching the process fluid or adjusting the target temperature isn’t a viable option—but designing for efficiency with a superior antifouling coating certainly is.

Contact Exchanger Industries Limited to see just how fast our antifouling technology will pay for itself in your operation.

Why Heat Exchanger Efficiency is Vital for Your ESG Goals

END_OF_DOCUMENT_TOKEN_TO_BE_REPLACED

We provide custom-engineered heat exchangers and antifouling solutions across a wide range of industries, including oil and gas, renewable energy, desalination and food processing. Just imagine what we can do for you.
LET'S OPTIMIZE
2022 Exchanger Industries Limited | All Rights Reserved

We provide custom-engineered heat exchangers and antifouling solutions across a wide range of industries, including oil and gas, renewable energy, desalination and food processing. Just imagine what we can do for you.